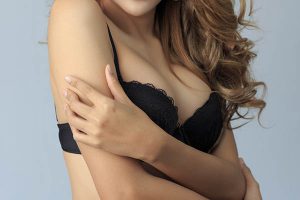 Though the incidence of inverted nipples is fairly common, their presence can have a significant impact not just aesthetically and functionally but also psychologically. Many girls and women do accept this variant without much concern. Others, however, can’t deal with this issue nearly as well resulting in feelings of inadequacy and lack of femininity, a negative self-image, stress, and loss of confidence all which can adversely affect intimacy.

Many women will take elaborate precautions in order that their inverted nipples won’t be so easily detected. This can include wearing bulky loose fitting clothing, changing clothes only in absolute privacy, avoiding public showers or even minimizing dating so that they can avert possible later embarrassment.

When performed by an experienced breast surgeon, treatment of inverted nipples, fortunately, is relatively simple, minor, quite successful and associated with little discomfort. It involves the division of shortened ducts and cords that are preventing the retracted nipple from projecting normally. Surgery is typically performed under local anesthesia in the office and involves using an inconspicuous incision placed at the base of the nipple to release the restraining tissue. The nipple is then supported and protected in this position with a small dressing for a period of one week or more.

Compressive forces on the newly projecting nipple then need to be avoided for several more weeks in order to allow full healing to occur and to help maintain maximal projection. Most women can go back to work or school the very next day.

Due to social media policies, the following images have been censored. Please click on the image below to view the image.

If you are interested in inverted nipple treatment, please contact Dr. Turkeltaub to schedule a convenient consultation.