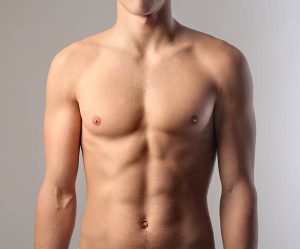 Feeling that the body you were born with does not match the innate sense of your true gender can be far more than stressful and anxiety provoking. With transgender identity, also known as gender nonconformity, your body is either male or female but your mental being is telling you that you are really of the opposite sex or something else far different. You think, behave, dress and interact with others accordingly which is in conflict with your anatomic reality.

For many individuals, this results in gender dysphoria which can lead to negative, destructive manifestations such as anxiety, depression, eating disorders, self-harm, substance abuse, anti-social behavior and even suicide. Counseling, psychological and psychiatric sessions can be very effective in helping people constructively address and deal with both the gender identity issues and the associated negative behaviors as well as facilitate their transitioning.

Advancements in the field of transgender plastic surgery and the greater availability of these services have made it far easier for interested individuals to undergo gender confirmation procedures leading to results that can be extremely positive and life changing. Here at the Arizona Center for Aesthetic Plastic Surgery, board-certified plastic surgeon Dr. Steven H. Turkeltaub specializes in transgender breast (top) surgery that includes female-to-male (FTM) breast surgery, helping his patients obtain these tremendously desirable outcomes.* As we do for all of our patients, you are treated in a very professional, caring, helpful and supportive fashion throughout your entire contact with us.

During your consultation with Dr. Turkeltaub, he will seek to understand your unique goals and desires. Then, based on your anatomy, he will customize a treatment plan to help you achieve that life-changing transformation.

Before you can undergo the selected breast procedure, however, we do require written documentation by a qualified mental health professional diagnosing your gender dysphoria, stating that you have met all criteria necessary to be considered an appropriate candidate for the surgery and supporting your desire to proceed with it.

We do follow the guidelines from the World Professional Association for Transgender Health (WPATH) Standards of Care.

*Genital reconstruction procedures are not offered.

Female-to-male (FTM) transgender breast surgery—also called FTM top surgery—is a gender affirming reconstructive procedure that transforms a genetically female chest into a more masculine appearing one that aligns with the individual’s actual gender identity. FTM top surgery is generally the first and, oftentimes, the only surgical treatment that transmen pursue in their transformation to living happily as a male due to its efficacy in addressing gender dysphoria.

Changing the female chest anatomy to a masculinized form involves the removal of the breast tissue (mastectomy) along with any excess skin, possible nipple and areola modifications including of size and position, and contouring of the chest wall. This is most often accomplished either with the keyhole technique (nipple-areola sparing) or with the free nipple graft approach (see below for more). Liposuction can also be used to further enhance the outcome. Other ancillary procedures may be desired in order to better align with the affirmed gender.

As with any surgical procedure, there are attendant risks that will be discussed during your consultation. With his extensive experience and meticulous technique, Dr. Turkeltaub will do whatever he can to prevent or minimize the chance of these issues occurring.

There are several different procedures and variations that can be considered in FTM breast surgery. Ultimately, a variety of factors including the initial breast size, presence and degree of drooping and skin laxity, size and location of the areola and chest wall contour will determine the best surgical course of action. All of these are typically performed under general anesthesia as an outpatient.

The following are the major options for FTM breast transformation:

At the time of your consultation with Dr. Turkeltaub, the most realistic option(s) for your particular situation will be thoroughly discussed.

Following surgery, you will have a circumferential dressing on for a few days and then are placed in an elastic, form-fitting garment for several weeks. Drains, which are placed at the time of surgery, are usually removed in the office at one to two weeks.

You can expect discomfort to be mild to moderate and it is usually well controlled with oral analgesics. Most patients can return to school or a non-strenuous job within several days to a week. Very vigorous activities, heavy lifting, certain sports and straining need to be avoided for around four weeks after surgery though upper extremity activities should be minimized for a total of eight weeks. There will be some variation in these guidelines based on the specific technique employed as well as individual circumstances.

The transformational results of your FTM breast surgery can be seen immediately. However, it can take up to a year for you to see what the final results will be, as the swelling abates and the scars fade.

If you are seriously considering Female-to-Male breast surgery, Dr. Turkeltaub would be very happy to assist you in making this a reality. To schedule your consultation, you can contact our practice either by phone at (480) 451-3000 or online.