Home|Blog | Do American Women Need to be Worried About the PIP Silicone Breast Implant Debacle?

Do American Women Need to be Worried About the PIP Silicone Breast Implant Debacle? 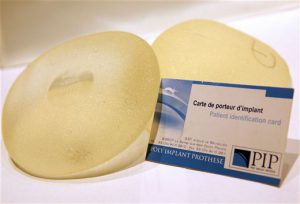 A French manufacturer of breast implants, Poly Implant Prosthese (PIP), has been in the news worldwide and for all the wrong reasons.

Inferior quality breast implants that break easily.
Usage of unauthorized, non-medical grade silicone in their silicone implants.
Poor quality control and manufacturing techniques.
Concern that their implants may be associated with an increased incidence of cancer.
And now there are allegations that a fuel additive, untested in any human trials, was used in these implants.

These issues show an egregious violation of standards, ethics and integrity. On top of this, European medical regulatory agencies and other government agencies failed to protect the consumer.

Women in numerous countries around the world who had these implants used for their breast enlargement are quite understandably in a panic. There may be hundreds of thousands of them.

What about American women? Do they have anything to worry about here? How many of these implants were used in the United States?

Fortunately, the answers to these questions are both easy and positive.

PIP sold only saline implants in the United States for a short period of time – between the end of 1996 and 2000. In their investigation of the company and its saline implants, the FDA (Federal Drug Administration) in 2000 cited numerous issues and concerns including quality control problems and the unacceptably high deflation rate. This led to PIP immediately withdrawing these implants from the United States market.

And now for even better news: No PIP silicone implants were ever legally sold or used in the United States. Therefore, despite the worldwide uproar and concerns about these disastrous PIP silicone breast implants, American women don’t have to worry about this issue because they were never available for implantation here.

If you would like to obtain information on silicone breast implants, breast augmentation surgery or for any other plastic surgery procedure that I perform, or to schedule a consultation with me, please call my office at 480-451-3000.