Home|Blog | How Will a Breast Lift Improve Breasts After Pregnancy?

How Will a Breast Lift Improve Breasts After Pregnancy?

While breast ptosis (sagging) can occur for many reasons, including the natural aging process and weight loss, one of the most common reasons for this are the consequences of pregnancy and breastfeeding. 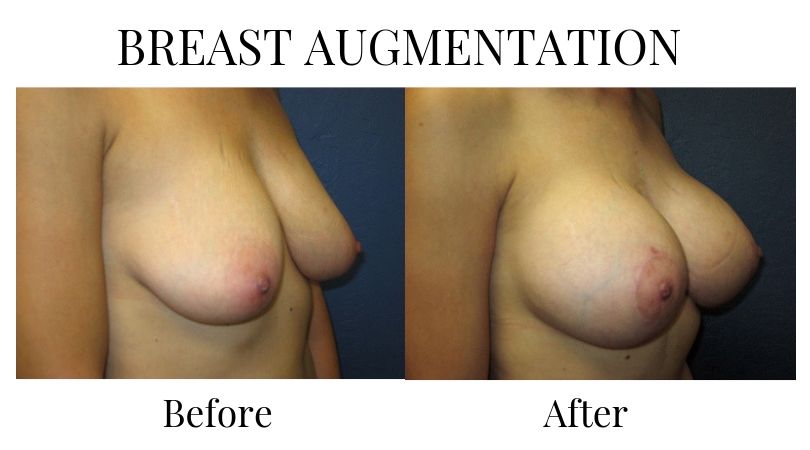 Pregnancy significantly affects many areas of your body with the substantial weight gain and the subsequent weight loss often having permanent effects on the anatomy and quality of your tissues. This fluctuation contributes to the development of stretched and sagging skin with your breasts being particularly susceptible to this. To make matters worse, the breast sagging often worsens with each additional pregnancy.

Breast lift surgery (mastopexy) is performed to restore sagging breasts to a more youthful, rejuvenated, and aesthetically-pleasing appearance. A majority of the time, this is combined with a breast augmentation.

How Does Pregnancy Affect Your Breasts?

Your breasts start to enlarge early on in pregnancy with some women noticing the change by six to eight weeks. By the end of the pregnancy, that increase could be as much as one to two pounds or more per breast and a few cup sizes larger.

Breasts swelling during pregnancy occurs for several reasons. First, pregnancy leads to a spike in hormone levels with high levels of estrogen, leading to the breasts retaining fluid as well as enlarging and darkening of the areolas. There is also an increase in the size of the glandular breast tissue as well as of blood flow, helping the milk ducts grow. The body also starts producing colostrum—an immune-boosting initial stage of breast milk—at the beginning of the second trimester, and this production only increases the further along in pregnancy.

By the time that most women start breastfeeding, their breast skin and tissue are already stretched, and the stress of breastfeeding only increases the damage. Once women are done nursing and their breasts are no longer producing milk, tissues remain permanently stretched out though there is less overall volume that they are associated with. The result is that the remaining glandular tissue and skin has nowhere to go but downward due to gravity, leaving you with sagging breasts.

Which Lift Is Best for You?

Breast lift surgery reduces the size of the nipple-areola complex, tightens the skin, and reshapes breast tissue to more resemble pre-pregnancy breasts. This procedure re-elevates the breasts so that women can experience restored breast confidence.

There are a few techniques available for women with mild to moderate levels of sagging, including the crescent (very rare), circumareolar (around the areolar), the lollipop and the inverted -T (anchor) lift. All of these techniques have pros and cons with the less extensive options, often providing limited benefits and inferior, underwhelming results.

Except for the most minimal drooping, it is my long term and extensive experience that the best breast lift results come from the anchor breast lift technique even though the total length of the resulting scars is more than the other options. With this approach, incisions are made around the areola, then extending down the breast and then along the breast crease. While there will be more post-operative scarring, this anchor lift allows for greater accuracy, control, options, and correction of pregnancy-changed breasts.

Can Breast Augmentation Mimic These Results?

Breast augmentation, by itself, creates larger, fuller and aesthetically pleasing breasts, but it can’t lift or tighten breast tissues. Some physicians try to “compensate” for this by recommending and then using inappropriately oversized and heavy implants in order to try to avoid a mastopexy. Unfortunately, this only leads to excessively large, “aesthetically challenged” breasts that will sag at an even more accelerated rate. It will also cause extreme and irreversible thinning of the skin and tissues that will make later attempts to correct this both challenging and with a limited upside.

If you experience breast sagging and also wish to increase your breast size, a combination of augmentation and breast lift can be performed. This will tighten the tissues and skin while placing an implant for a more considerable amount of fullness.

To learn more about how breast lift surgery can benefit you, contact Dr. Turkeltaub at the Arizona Center for Breast Surgery by calling (480) 451-3000 or by filling out our online contact form.