Home|Blog | What Are the Advantages of Submuscular Breast Augmentation?

What Are the Advantages of Submuscular Breast Augmentation?

For decades, breast augmentation has been among the most frequently performed cosmetic procedures and for several reasons. Just in 2019, around 300,000 women in the United States underwent this procedure. 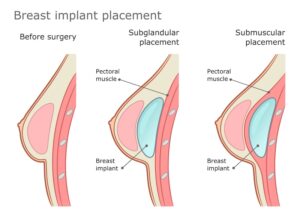 Exactly What Is the Difference Between Submuscular and Subglandular?

Why Should You Choose the Submuscular Placement?

Many plastic surgeons agree that the submuscular position is generally the superior option most of the time due to its advantages. These include:

What Are the Downsides of Submuscular Placement?

Despite the many benefits of submuscular breast implant placement, there are some negatives. These may include:

Which Will It be for You—Submuscular or Submammary Breast Augmentation?

When you visit our office, Dr. Turkeltaub, who is board-certified by the American Board of Plastic Surgery, will explain each breast augmentation option and recommend the right one for you based on your goals. He has the requisite knowledge and experience in all procedures, having helped thousands of women perfect their looks.

and offers recommendations that best serve them.

To schedule your plastic surgery consultation with the Arizona Center of Breast Surgery, please call 480-451-3000 or fill out our online contact form today.