A Very Brief and Maybe Interesting History of Breast Reconstruction 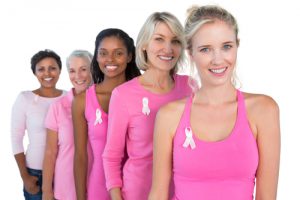 Breast reconstruction is intended to restore a breast following treatment for breast cancer. The aims and results of reconstruction have markedly evolved and improved over time with advances in knowledge, technology, and experience with the present day goals being as near normal size, shape and symmetry as possible.

The majority of mastectomy patients who have successfully undergone breast reconstruction feel that it has significantly improved their quality of life and helped them feel whole again after battling and defeating cancer.

This procedure has come a long way in terms of options, outcomes, availability and awareness.

William Halsted, a giant and pioneer in the field of surgery and a founding professor of the Johns Hopkins Hospital, performed the first radical mastectomy in 1889. He believed that reconstructing the breasts or altering the mastectomy site would be a “violation of the local control of the disease.” Because of his warnings, others feared that reconstruction would hide a possible recurrence of cancer or negatively affect the patient. As a result of his principles, very few reconstructions were attempted until the latter half of the 20th century.

Dr. Vincenz Czerny performed the first known breast reconstruction via tissue transfer by taking a fist-sized lipoma from a woman’s flank and placing it in the mastectomy site.

Italian surgeon Tanzini transferred a flap of skin and underlying latissimus dorsi muscle (upper back muscle) to a mastectomy defect, becoming the first in history to use a musculocutaneous (skin and muscle) flap in breast reconstruction.

Sir Harold Gilles performed his first breast reconstruction surgery with his tubed abdominal flap technique, but this technique was limited because it required several operations over the course of at least six months.

Thomas Cronin and Frank Gerow’s created the silicone breast implant that then became available for use in breast reconstruction. The original methods were through a delayed insertion after mastectomy.

Surgeon Carl Hartrampf developed the TRAM flap technique for breast reconstruction. In 1982, Radovan published his findings on the use of skin expanders to provide an option for patients that lack enough skin to cover the implant. In 1984, Becker developed a dual-chamber expander that served as a permanent implant once the expansion was complete, eliminating the need for a second procedure to replace the expander with an implant.

Legislation passed, requiring insurance companies to cover the cost of breast reconstruction after a mastectomy.

Breast Reconstruction Awareness Day (BRA Day) was launched to raise awareness and promote education and access to breast reconstruction for breast cancer patients.
If you or a loved one are interested in breast reconstruction, please schedule your consultation with board-certified plastic surgeon and breast specialist Dr. Steven H. Turkeltaub. Call (480) 451-3000, or fill out our online contact form for more information.