Though the overriding goals in breast reduction surgery are to adequately decrease the sizes of the breasts and to obtain reasonable contours after doing so, the final appearances of the nipple-areola complexes also rate high. With everything else being equal, the nipples have a much better likelihood of retaining their aesthetic characteristics if they are not detached from their blood supply, ducts and underlying tissue.

However, in women with extremely massive breasts, this may not be possible if a free nipple graft breast reduction procedure is selected. This technique does provide for the most predictable and aesthetic outcome including size but does necessitate the removal and then replacement of the nipple-areola complexes as skin grafts. Consequently, there will be some deterioration of its structure and appearance.

What are the most common sequelae that are seen? The projection of the nipple usually is minimal and there may only be an outline of its location. The areola itself is thinner and not domal shaped. In darker complected women, there can be partial loss of pigmentation yielding a variegated pattern that may be either temporary or permanent.

One such example of the appearance of a nipple-areola complex following a free nipple graft reduction mammoplasty can be seen below. Pigmentation has been maintained as has some of the projection of the nipple. This result should not be considered to be representative of all outcomes with this procedure. 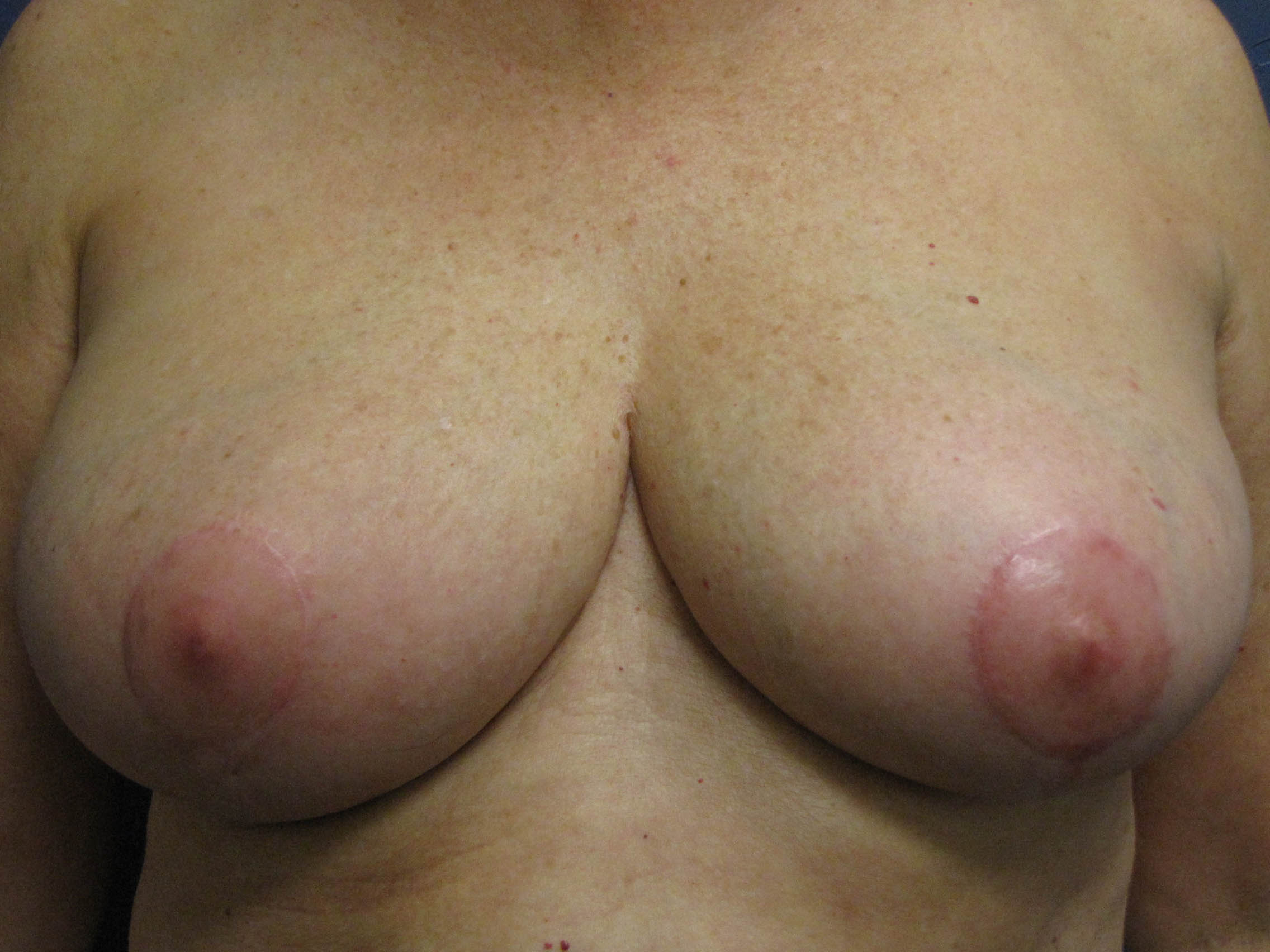 Example of the appearance of the nipple-areola complexes following a free nipple graft breast reduction.

For more information on breast reduction surgery or on any other plastic surgery procedure that I perform or to schedule a complimentary cosmetic consultation with me, please call my office at 480-451-3000.