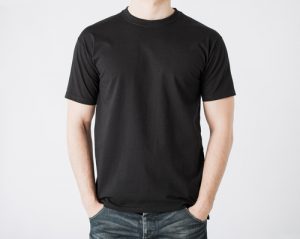 At an age when social acceptance is everything, teenagers are especially susceptible to depression and anxiety caused by an “abnormal” appearance. It is common for girls to obsess about their weight, underdeveloped breasts, facial features, and even hair, but boys also struggle with social acceptance and body issues.

A study published in the April issue of Plastic and Reconstructive Surgery found that teenage boys who had enlarged breasts (gynecomastia) scored lower on a standard quality of life assessment than those who had a normal chest appearance. These boys also had lower scores for self-esteem, general health, social functioning and mental health.

Surgery to correct this issue has increased significantly over the last few years, and according to the American Society for Plastic Surgeons, gynecomastia correction surgery made up 26 percent of all cosmetic surgeries that were performed on teenagers in 2013.

When to Consider Gynecomastia Surgery for Your Teenager

Surgery at this age is often a difficult decision for both the teenager and the parent, and both parties must consider their options. When gynecomastia is the result of a hormonal imbalance and not excess weight, surgery may be the only option to remedy the physical problem. For those males who are significantly overweight, it is strongly recommended that they lose considerable poundage and then the appearance of the breasts would be reassessed. Once all non-surgical treatment methods are exhausted, gynecomastia surgery is the safe surgical option to restore a more masculine appearance to the chest.

The procedure is typically performed under general anesthesia and lasts around one to two hours except in more involved situations. One or more very small incisions will be made either beneath the areola or in the crease at the base of the breast. Liposuction will remove the excess fat contributing to the gynecomastia. If there is any significant amount of glandular breast tissue contributing to the breast enlargement, this will need to be excised directly as it cannot be removed using liposuction. When the gynecomastia consists of excess and often lax skin, frequently associated with drooping, effective treatment may also necessitate removing the excess skin and repositioning and reducing the size of the nipples.

Recovery for teenagers from male breast reduction surgery varies depending on the extent of involvement, the procedure employed and on the individual. Most can return to school or to a non-strenuous job by one week. Heavy lifting, straining, and sports should be avoided for at least three weeks after surgery.

Dr. Turkeltaub has performed male breast reduction surgery for the treatment of gynecomastia on males of all ages and with varying degrees of gynecomastia. If you would like more information on this or to schedule your consultation, please call 480-451-3000 today. For your convenience, you may also fill out our online contact form.