Will a Breast Lift Impact Breastfeeding? 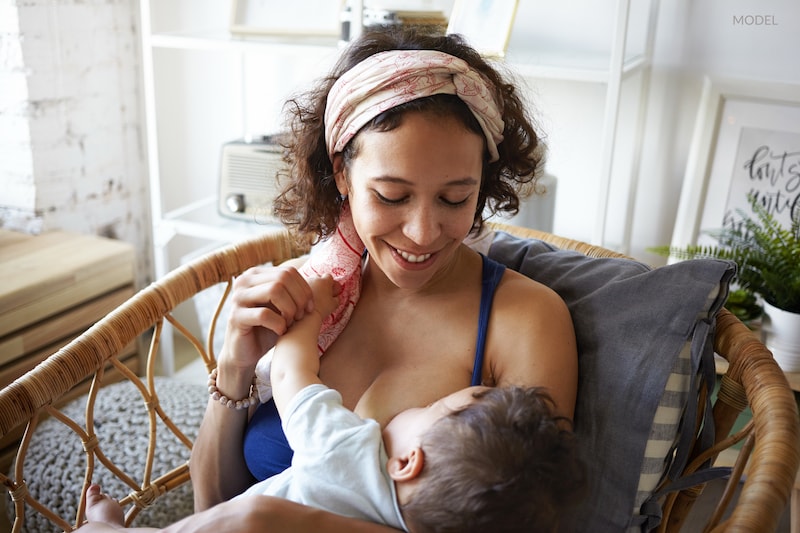 “Can I breastfeed after breast surgery?”

This is a common question asked by women seeking breast enhancement surgery, such as a breast lift or breast augmentation. The answer, as it relates specifically to a breast lift, is that “it depends.”

The impact that a breast lift will have on breastfeeding depends on several factors, including breast size, amount of glandular tissue present, how much breast tissue is removed, and whether your nipples are completely detached from the milk ducts (used in the free nipple graft technique).

Most women who have had breast lifts and then later had a child did retain the ability to breastfeed—at least to some extent.

How Are Breast Lifts Performed?

Many women who are considering breast lift surgery have already had children. Quite often, it was their pregnancy and breastfeeding that had resulted in drooping in the first place. Others have developed sagging due to significant weight loss, weight fluctuations, or just undesirable genetics, despite not having children. For these women, breastfeeding questions are relevant.

A breast lift involves the surgical repositioning of the breasts on the chest wall with their re-contouring and rejuvenation, including the elevation of the nipple-areola complexes and reduction in their size, firming of the breasts, and possible placement of breast implants (as part of a mastopexy-augmentation). In this process, there can or will be untoward effects on breast glandular tissue and milk ducts.

There are several different breast lift techniques. The size, shape, and extent of the drooping, the amount of excess skin you have, and the position of your nipples will help determine which technique is best for you.

The three most common techniques used for breast lifting are the circumareolar (also called Benelli, periareolar, or donut), “lollipop,” and anchor (also called the inverted-T). The former involves an excision of skin around the areola to facilitate the elevation. The lollipop lift adds a vertical component to this. The most commonly used and most flexible approach is the anchor-shaped technique, which involves an inverted-T shaped incision. To learn more about these techniques, refer to “Types of Breast Lifts.”

Will Nipple Repositioning Impact My Ability to Breastfeed?

An important part of a breast lift is the repositioning of the nipple-areola complex from its lower, droopy position to a higher, more appropriate location on the breast mound. This can be accomplished either by moving it while still attached to the underlying breast tissue and ducts or detaching it, reconfiguring the breast, and placing it back on as a full-thickness skin graft (called the free nipple graft technique).

If your nipple remains attached to the ducts, nerves, and blood supply that support milk production, you may experience little to no breastfeeding issues. However, with the uncommonly performed free nipple graft approach—because it is completely separated from the glandular tissue and ducts—the ability to breastfeed later on is not possible.

If you are considering a breast lift before having children and want to retain the ability to breastfeed, be sure to have a frank discussion with Dr. Turkeltaub (or your plastic surgeon) during your consultation in order to make an informed decision regarding the procedure.

Speaking with a board-certified plastic surgeon can help you decide whether a breast lift, breast augmentation, a combination of the two, or even a breast reduction is the right solution for you.